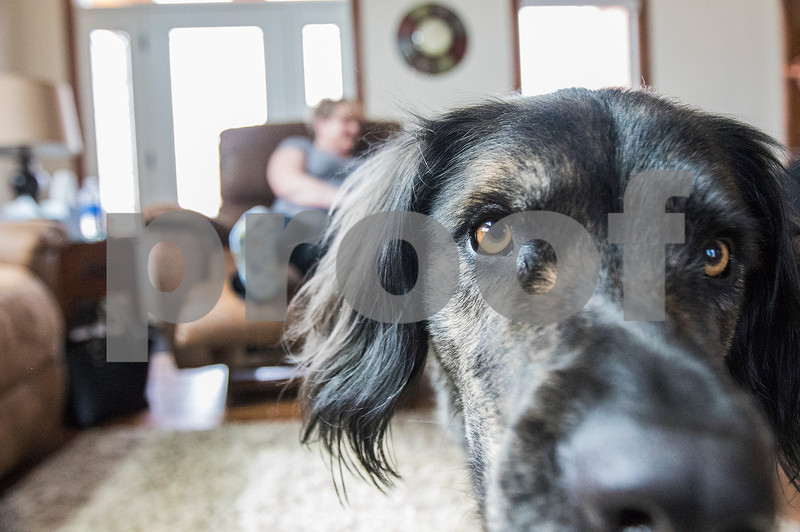 Danielle Guerra - dguerra@shawmedia.com
Tucker, the Jacobson's family dog, noses the camera while his owner Stefanie Jacobson recounts the day her home was damaged by an EF-4 tornado which also killed two women and caused damage to a majority of the homes in this small rural hamlet in the far northwest corner of DeKalb County on April 5, 2016. The Jacobsons have had their home rebuilt, their garage fixed, and are partially completed with an outbuilding. Tucker was in the family's basement with them during the tornado.