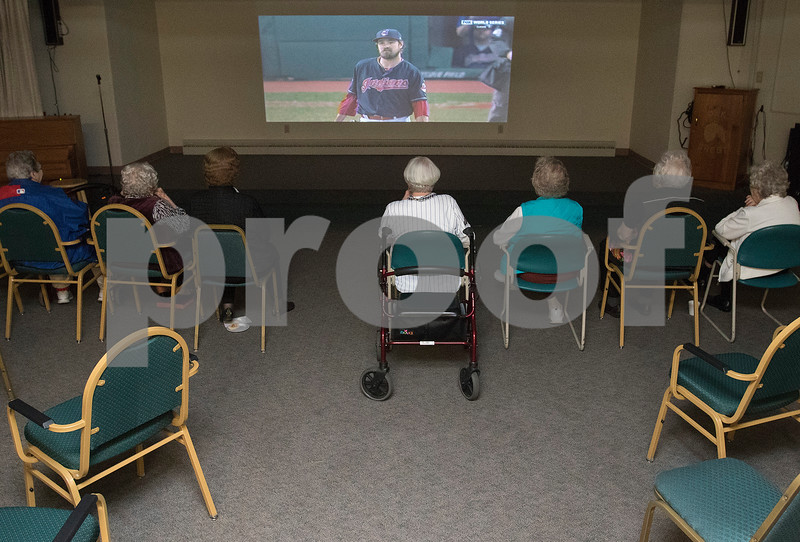 Matthew Apgar - mapgar@shawmedia.com
A small but faithful group of dedicated Chicago Cubs fans remain as they watch Cleveland Indian pitcher Andrew Miller's reaction after giving up a home run to David Ross in the top of the sixth inning of game 7 of the World Series between the Chicago Cubs and the Cleveland Indians at Progressive Field in Cleveland on Wednesday, Nov. 2, 2016. The home run by Ross gave the Cubs a 6-3 lead.