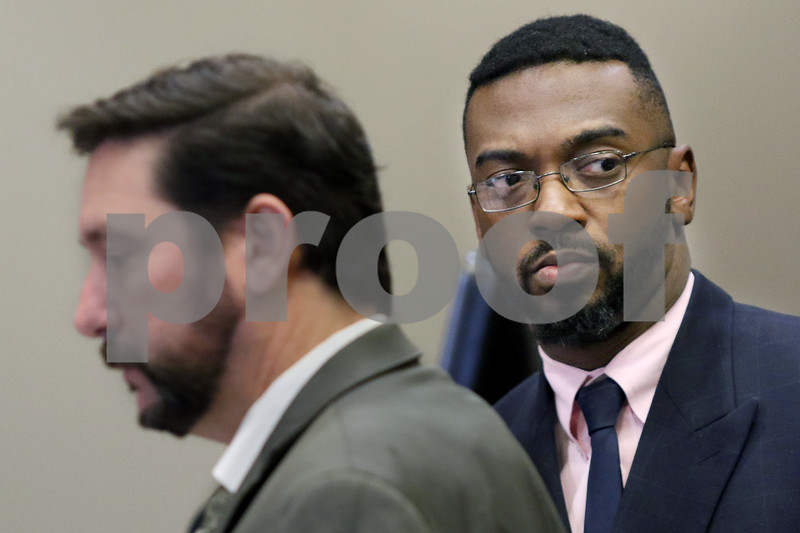 Matthew Apgar - mapgar@shawmedia.com
Corey Butler (right), Pastor at Jesus Is The Way Christian Center in DeKalb, prepares to leave Judge Robbin Stuckert's courtroom with attorney Bob Motta of Aurora after filing a motion to suppress evidence on Butler's criminal felony charge involving the possession of and dissemination of child pornography on Wednesday, Nov. 1, 2017 at the DeKalb County Courthouse Sycamore. Butler had been offered a plea deal in the April 2015 charge but is choosing to fight the charges in court. He is due in court again on Jan. 4; a trial date has not yet been set.