Cars travel in both directions along section of Airport Road between Hwy 64 and the entrance to the Sycamore Community Park and Sports Complex on Monday, September 19, 2016 in Sycamore. That specific section of road is also a bike route which continues through the park, however a new proposal to create a new bike path alongside the road would make it much safer for cyclists.
Read More 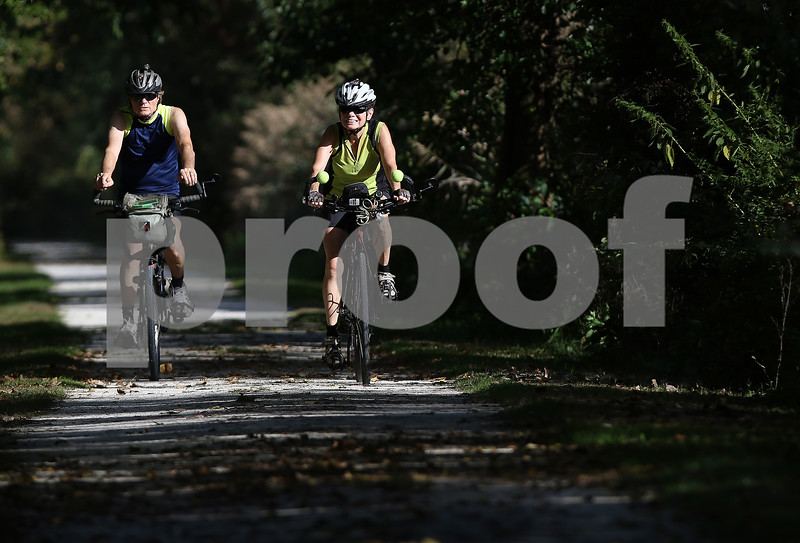 Matthew Apgar - mapgar@shawmedia.com
Joe and wife Mary Alice Masonick of Elgin ride their bicycles along the Great Western Trail on Monday, September 19, 2016 in Sycamore. The trail continues into a bike route that crosses over Hwy 64 and through the Sycamore Community Park and Sports Complex, where a new proposal could create a path for cyclists on Airport Road, so they would not have to share the road with automobiles. "I think that's a great idea," said Joe Masonick, adding "anytime you ride along the road, it's always dangerous." His wife agreed, stating that "if we had our own lane, it'd be much safer."