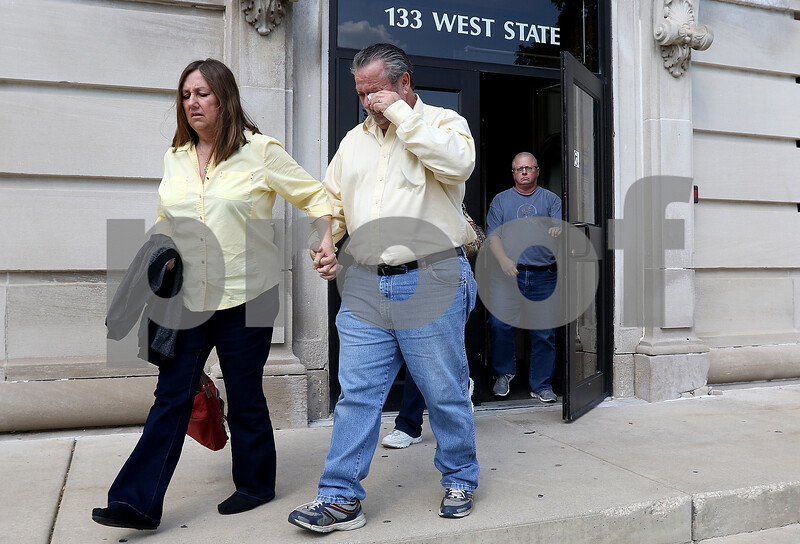 Matthew Apgar - mapgar@shawmedia.com
Diane and Roger Keller of Plainfield, parents of Antinette "Toni" Keller, exit the DeKalb County Courthouse in tears after the final day of the post-conviction hearing for William Curl's 37-year murder sentence for the murder of their daughter on Friday, Sep. 8, 2017 at the DeKalb County Courthouse in Sycamore. Curl was attempting to get a trial from the post-conviction petition. He pleaded guilty to the murder of Keller, who was a freshman at NIU in 2010. Judge Robbin Stuckert will give her verdict at 9 a.m. on Oct. 6.