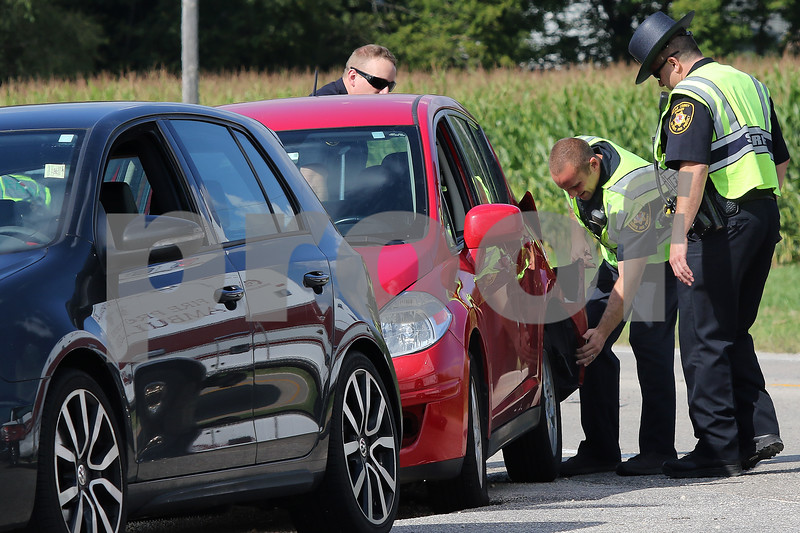 Matthew Apgar - mapgar@shawmedia.com
DeKalb County Sheriffs Deputy Dan Brauner and Lt. Jim Burgh (right) check the damage to a red Nissan at the intersection of Rt. 23 and Base Line Road on Wednesday, Aug. 30, 2017 in Genoa. Three vehicles headed southbound on Route 23 were at a stop behind a maroon Nissan Altima turning east on Base Line Road, when the driver of a silver Hyundai was unable to stop, hitting the red Nissan and causing a chain reaction. The driver of the maroon Nissan Altima turning east onto Base Line Road was transported to the hospital with non-life threatening injuries.