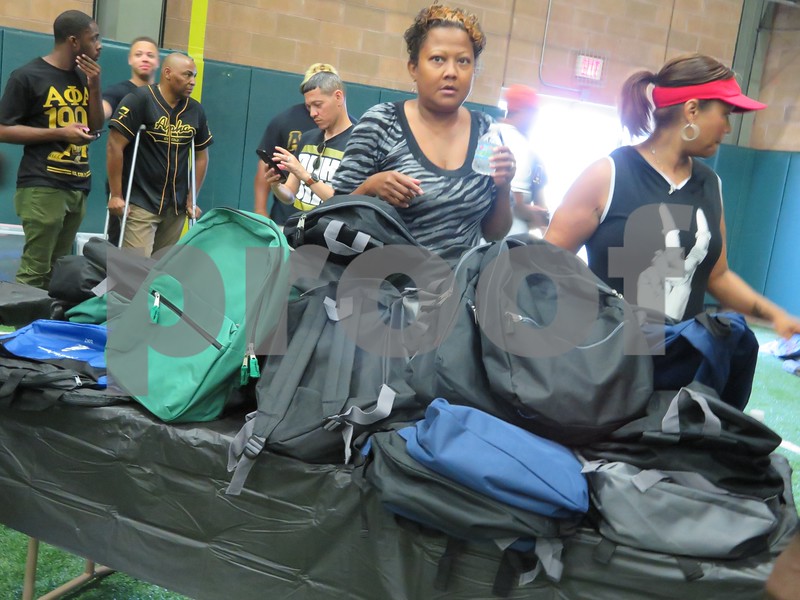 Katie Finlon for Shaw Media
Treveda Redmond – a DeKalb resident, former DeKalb School District 428 teacher and current principal of Beyer Elementary School in Rockford – and other volunteers organize backpacks full of school supplies to hand out to students in DeKalb County and surrounding areas during the Back to School Bash on Saturday at the DeKalb Park District Sports and Recreation Center, 1765 S. 4th St. Redmond said the event collected about 1,400 backpacks, which is more than four times as many as when the event first started a few years ago.