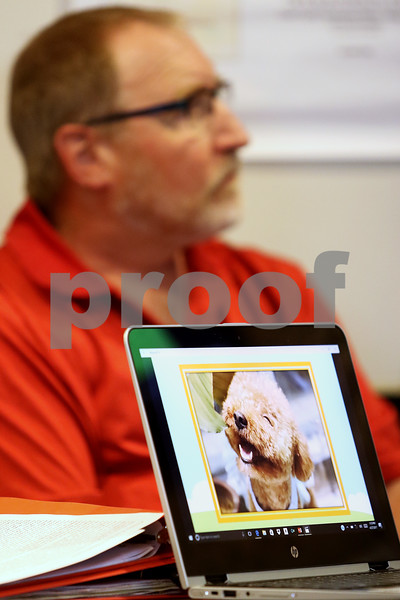 Matthew Apgar - mapgar@shawmedia.com
Robert DeCosta of Clare watches the big screen as a powerpoint presentation is played showing images of dogs alongside information about DeCosta's kennel during a public hearing at the DeKalb County Administrative Building on Thursday, April 27, 2017 in Sycamore. The public hearing was held for the proposed expansions of the state-licensed B & C Kennels in Clare, which was accused by the HSUS of selling sick dogs.