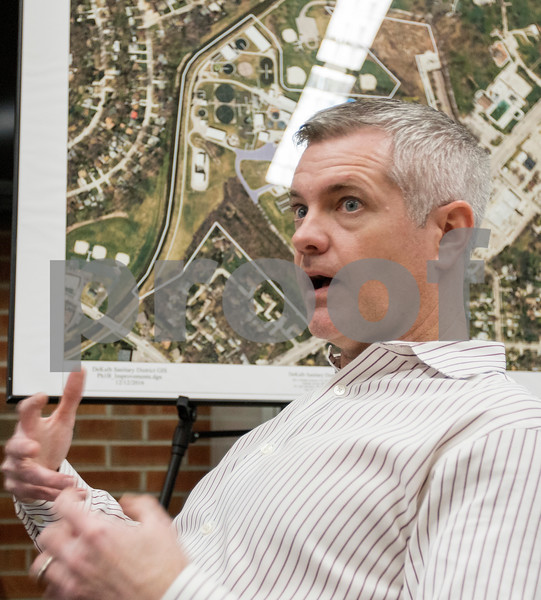 Matthew Apgar - mapgar@shawmedia.com
Mark Eddington, District Manager for the DeKalb Sanitary District speaks in front of a large aerial graphic of the facility and surrounding areas on Tuesday, January 24, 2017 in DeKalb. The site is preparing for phase 1B of their upgrades, which would demolish all of the homes they own along Hollister Drive to make way for new tanks which will remove phosphorus from water pumped back into the Kishwaukee River in compliance with Environmental Protection Agency standards.